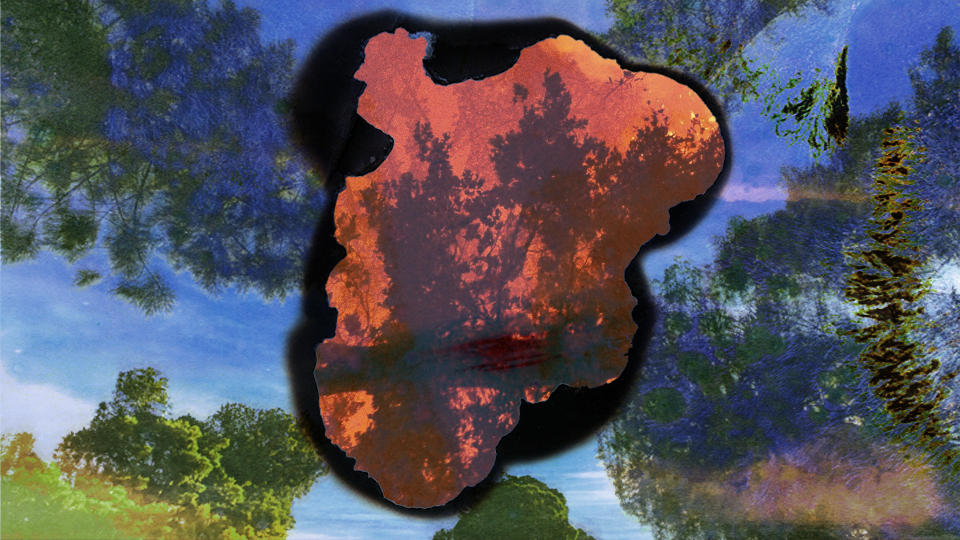 Ask any Californian if climate change is real — you’ll hear a yes and a story scorched into their memory.

When the alarm went off, my room was still dark from the night before, and I thought it couldn’t possibly be 7:45 a.m. already.

It was a Monday in the first semester of my senior year of high school. I had mentally prepared myself to drag my body out of my bed, stumble into a set of clothes that would hopefully fit the dress code and get to first period by 8:15 a.m.

The alarm wasn’t the one set on my phone labeled “skool sux:/” but was one giving evacuation warnings for a fire that had set ablaze overnight in Santa Rosa, the town just 20 minutes from where I lived.

I wouldn’t be going to first period for the next week and a half. Air quality was classified as dangerous, and I spent the week volunteering at shelters set up across town for those who had to flee their homes. Everyone in my town was donning masks — way before they were cool.

That was the first year the fires posed a threat to my home, and every year since, I have thought twice when an alarm goes off unexpectedly.

What was a freak incident of nature sparked by power line problems along with a myriad of other flammable things in 2017 has turned into what we call fire season. Every year from August through October, we pray for rain and almost never get it. I make a mental list of what I could pack in a go-bag in case I’m woken up in the middle of the night and told I need to get out of my house and drive with the winds and away from the fires.

A new threat is posed every season now that for the second half of the high-risk fire period, I now live more than 2,000 miles away.

The Press Democrats interactive fire map is bookmarked on my phone. I refresh it at least ten times a day, waiting for the color of my zone to change from blue to yellow and, god forbid, red.

For Miami University students from areas in California that are continuously affected by fires every year, studying in a safe place with breathable air comes with relief, but also guilt for not being there to support their family.

Feelings of guilt mix with gratefulness for being in a place of safety and breathable air.

Jake Anton, a junior marketing major from Walnut Creek, California has watched his family from a distance for three years now with each passing fire season.

“I do feel a little bit guilty,” Anton said. “It’s weird not being at home while your family is going through hardship.”

It’s a strange thing — knowing you’re lucky to be safe while simultaneously a part of you wants to be in the thick of it with those you love and want to protect.

Parker Readerman is another junior from Tiburon, California, who knows he’s lucky to be here, but can’t help noticing the effect the fires have had, even here in Oxford.

“I can’t really emphasize enough how much this past bit, where the sky was hazy out here, that really was kind of like holy shit, never thought that was going to happen,”  Readerman said.

Smoke from the fires burning in California in September has been carried across the entire country and has even reached parts of Europe.

There is a sense of hopelessness among California students, who know there’s nothing they can do from 2,000 miles away to combat the wildfires.

This, of course, is difficult to do when the current U.S. administration is in a constant state of denial when it comes to climate change. Efficient solutions to stop the burning of California seem to be far from the forefront of conversation in the White House.

It’s easy to feel unheard when hearing about Trump’s approach to fire prevention.

“I feel personally attacked, I think he’s a fucking moron, and he can shove it up his ass, for lack of better words,” Readerman said about the president’s response.

In small ways, like changing to a more plant-based diet, Readerman has been putting effort into reducing what little carbon emission he can after seeing first-hand what the effects of climate change can do. So, when met with ignorance and a nonchalant attitude towards the subject by the leader of our country, it can feel like a slap in the face.

While California wasn’t looking like it was going to take a turn for the red anytime soon, Trump's handling of the wildfires certainly didn't help sway anyone on the West Coast.

Many of us partially grew up in our grandparents’ homes. We now worry about those same homes being potentially destroyed, leaving loved ones at risk.

“They had to stay inside their house for multiple days, they couldn’t go outside,” said Anton. “It really scared my grandparents because my grandfather, he’s old, and he’s not the most fit, so they were scared to go outside because of the soot and all that.”

Readerman also expressed worry for his grandmother who lives in an elderly home in Santa Rosa, a town north of San Francisco that has been directly affected by fires every fire season for the past few years.

“Whenever the fires were near Santa Rosa, I would be refreshing the fire tracking pages pretty frequently to see if she needed to be evacuated,”  Readerman said.

Students are worried about their families from afar, and when the pressure of being a college student is added into the mix, emotions run high.

At times, studies can get swept aside.

“When the sky was red, it was definitely affecting [my] studying because I kept checking the fire map,” Anton said. “I kept checking news articles related to the subject, and I was a little bit worried.”

As for me, I can’t count how many times I’ve gotten a phone call from my mom in the middle of a Zoom class, and I’ve turned off my camera and muted my mic because I knew she could be ringing me up to ask if there’s anything special she needs to grab from my room before they head south to my grandparents. Thankfully, that was never the case, but it always crossed my mind.

I’ve even had to reach out to an ex-boyfriend to ask if my family could stay with him if my grandparents' zone had to be evacuated as the fires continued to travel down towards the city.

That’s a moment burned into my memory.

Any Californian can give you a scorched story of their own — usually the first moment they realized how real it all is.

During his senior year, Anton’s football team decided to donate one of their team meals to the firefighters up in Napa. He volunteered to drive it up there with some teammates. After crossing the San Mateo Bridge, he was met with the sight of the fire’s reckoning. Through the blanket of smoke that found its way into every corner of the valley, he saw no trace of life and no trace of color.

“I remember looking around and every single thing was scorched black,” Anton said. “The entire landscape had been burned, and it looked almost like I was in like a movie, a post-apocalyptic movie where there’s smoke around me, the ground was black and there was no life anywhere to be found. And that went on for maybe 10 minutes of just black hills, black hills, black hills, black hills. So that’s the most intense I’ve seen it. It’s making things devoid of life. It didn’t seem real.”

When any Californian can give you an account of the post-apocalyptic reality of the hills around them in the midst of fire season, it’s hard to deal with other students at Miami who don’t take climate change personally.

Even though actions speak louder than words, especially when it comes to sustainability, it can still shock you when there’s a general lack of empathy for something that feels so close to you.

“A lot of these kids are Ohio born and raised and don’t really have family on the West Coast and haven’t experienced fires to the extent that we have,” Anton said, “so I definitely feel like it’s a little frustrating not to be asked about it at all or it seems almost like no one cares out here.”

It’s hard. Knowing and seeing the consequences of humanity’s actions, to feel a lack of acknowledgement of the problems at hand.

It’s hard to have hope that the future will be better than the present, when day after day you see nothing change.

You want to tell everyone that it’s California now, but everywhere else will see sacred earth be destroyed by our inability to change our habits.

This past fire season, the lake where I’ve spent every summer with my family for the past 15 years was blackened and left lifeless by shifting winds carrying fire from the next valley over.

The marina floated away in bits of ash, and the tree with the most perfect rope-swing you’ve ever seen was dismantled by the heat.

Things will grow back, docks will be rebuilt and I will return to the lake. But that’s the near future.

That’s what we can count on right now — the near future.

But, it will come and go.

What will we be left with?

It could be an endless bout of burnt earth that inevitably leaves California uninhabitable. It could be a switch to a more sustainable and eco-conscious nation that practices habits which allow us to prosper alongside the earth.

Here’s hoping the passion for something different burns brighter, stronger and far longer than my home state.

I Didn't Find the Frogman