The learning curve for cultural appropriation 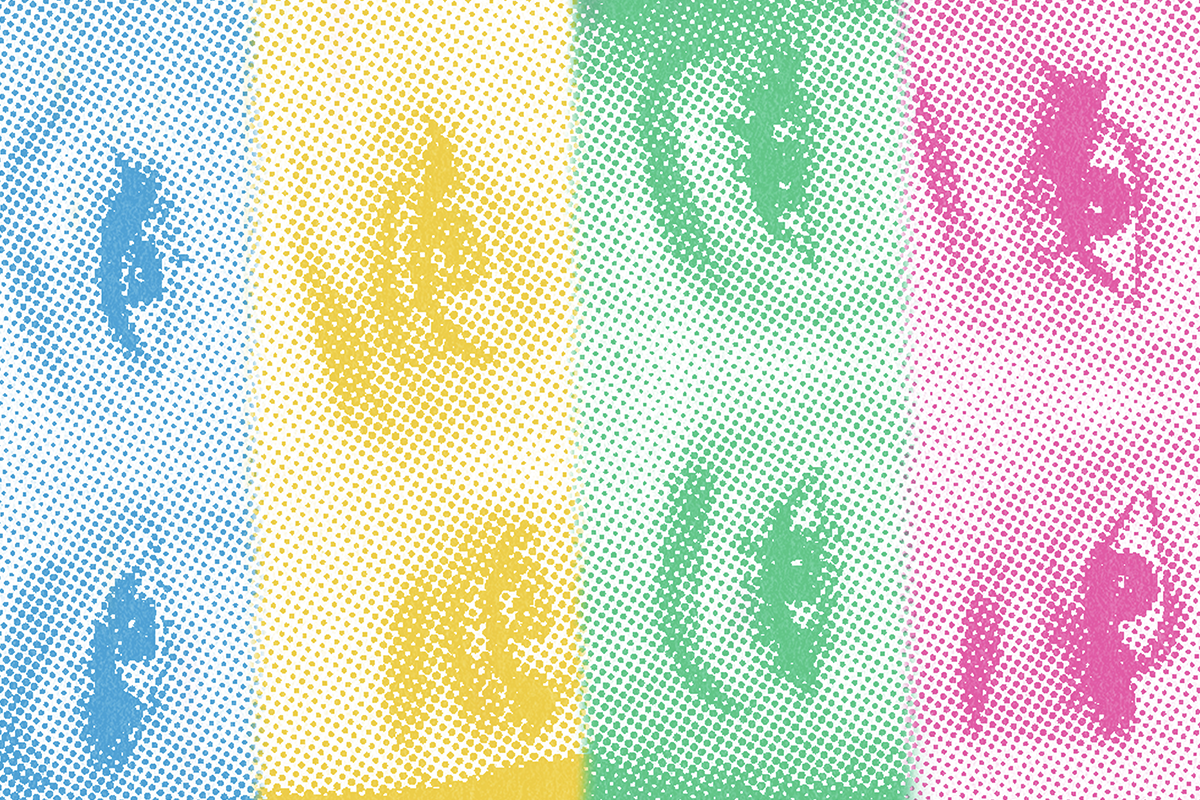 She adopted a hip-hop sound, and she garnered extensive media attention throughout the entire era. From the “Wrecking Ball” music video to her infamous 2013 MTV VMA performance with Robin Thicke, Cyrus was inescapable.

However, Cyrus was accused of using hip-hop culture as a way to shed her “Hannah Montana” Disney persona.

Many people credit Cyrus with bringing “twerking” to the mainstream as if Black people did not invent the word in the first place. In her “We Can’t Stop” video, she flashes a gold grill and cuts off a house arrest ankle bracelet, which are stereotypical hip-hop monikers. She also was accused throughout the era of using her Black women dancers as props.

This is an example of cultural appropriation. It’s the unacknowledged or inappropriate adoption of the customs, practices, ideas, etc. of a people or a society by members of another usually more dominant people or society.

The accusations only became stronger after a 2017 interview that promoted her next album “Younger Now” where she detailed that she didn’t feel she fit into that scene anymore because of the lyrical content. Some saw it as her openly admitting that she used the culture until it stopped benefiting her commercially.

“Bangerz” remains one of my favorite albums to this day, but I cannot deny the fact that Cyrus was caught with her foot in her mouth while trying to reinvent herself by using another culture as a gimmick.

I also hope that the social media backlash provided her with a reality check that has allowed her to evolve.

Showing from the rollout so far for her latest album, “Plastic Hearts”, Cyrus has adopted an ’80s rock glamour aesthetic and has covered every artist from Blondie to Britney Spears. Through her covers, Cyrus has proven that she has a deep affinity and connection with music that doesn’t have to mold to any particular genre.

I believe that cancel culture was never meant to end somebody’s livelihood forever, but rather to call them out and give them an opportunity to reconcile their harmful behavior.

She did make some questionable choices when she was younger. But in the age of social media, she was offered an opportunity to be educated on why what she did was problematic. Although the criticism may be harsh, to be a public figure comes with intense scrutiny.

Once I went deeper into some of my favorite artists’ histories, it became clear that any pop star who emerged before social media was bound to be controversial by today’s standards. Back then, there was no dominating platform like social media where stars get direct contact from the people calling them out on their behavior.

Madonna is often seen as the blueprint for female-identifying pop stars. There are entire Wikipedia articles discussing the legacy and impact of Madonna on pop music and any woman in popular music is influenced by her whether they know it or not.

She has a reputation for reinventing herself with each album, but Madonna is another example of pop stars normalizing cultural appropriation within their work..

“Art should be controversial, and that’s all there is to it,” Madonna said to The New York Times in 1989 after her infamous “Like A Prayer” music video.

She has certainly held to her words. With the release of “Vogue”, she was accused of appropriating Black LGBTQ+ ballroom culture without crediting it.

She was accused of appropriating South Asian culture with her 1998 comeback album “Ray of Light” adorning henna tattoos, a bindi and even sang an entire song in Sanskrit.

She has also been accused of appropriating Black culture throughout her career. She was initially planning on titling her 2008 hip-hop influenced album “Black Madonna” with the cover being her in blackface portraying the religious figure.

She later changed her mind, but only because she was afraid that people would not get it.

“Twenty-five percent of the people might get this, probably less. It’s not worth it,” she told Rolling Stone in 2009.

The clear issue here is that Madonna was fine with doing blackface in any capacity regardless of whatever reference she was trying to make.

And it can be argued that this precedent of using other cultures to reinvent one’s image stemmed from Madonna. The Guardian columnist Nesrine Malik said that Madonna’s drive for edginess has at times manifested as cultural appropriation.

“Cultural appropriation is now the standard default of the unoriginal,” Malik wrote. “It is a common and predictable template, where one becomes a cliche in trying to avoid being a cliche because you have nothing new to offer…”

It is almost an anomaly to come across an artist in the 2000s who did not culturally appropriate in one way or another. From Jennifer Lopez openly saying a racial slur in a song or Christina Aguilera darkening her skin considerably for her “Stripped” album era, it is a tactic artists have used to stand out from the crowd and get people to pay attention.

This is a problem that continues into today’s music. Recently, performers Bebe Rexha and Doja Cat released the music video for their collaboration “Baby, I’m Jealous.” The opening skit in the video pays tribute to the 2003 adaptation of “Freaky Friday” starring Lindsay Lohan.

Like in the film, Rexha gets a fortune cookie from an Asian woman who works at the restaurant that sends her life into chaos. But unlike the film, the Asian woman does not speak throughout the entire video and Rexha speaks to her condescendingly as if she does not understand English.

Social media has forced stars to confront the controversy they cause, because they also use social media to promote their music.

In the early 2010s, there was another resurgence of cultural appropriation in pop music and in a way, I think it may have been the biggest one yet.

I remember seeing Billboard’s retrospective look on 2014’s popular music and I will never forget the headline: “2014 Was the Year That… Cultural Appropriation Dominated the Pop Music Discussion.”

Around the same time as Cyrus’s “Bangerz” era, Katy Perry came under fire with her 2014 “Dark Horse” video for appropriating Egyptian and Black culture. It was the subject of many think pieces on white singers trying on other cultures as accessories.

Perry was also called out for her song “This Is How We Do” because of a lyric referring to her nail art as “Japanese-y” and for wearing cornrows in the music video.

Perry later apologized for past cultural appropriation during promotion for her 2017 album “Witness.”

She went on to say that one of her close friends Cleo, a Black woman, explained to her the issue of her wearing cornrows and opened a dialogue that Perry had never had before.

“I listened and I heard and I didn’t know,” Perry said. “And I won’t ever understand some of those things because of who I am. I will never understand, but I can educate myself and that’s what I’m trying to do along the way.”

Perry is an example of a white pop star who took constructive criticism, stepped a centimeter outside of her privilege and considered the ramifications of borrowing from another culture rather than appreciating it.

Iggy Azalea is another artist accused of cultural appropriation in 2014, but she didn’t respond in the same way as Katy Perry.

Her single “Fancy” was the number one song for six weeks, the most weeks held by a female rapper at that time. Her collaboration with Ariana Grande, “Problem,” only elevated her popularity. She released a handful of commercially successful singles and released a four-time Grammy Award nominated album before people started to get really confused.

How does a white woman from Australia sound like a Black woman when her speaking voice sounds absolutely nothing like that?

Azalea began a modern day discussion over if certain accents and dialects were deemed inappropriate for people outside that area to emulate. In other words, Azalea has been accused of auditory cultural appropriation and adopting a “blaccent.”

In her 2019 Cosmopolitan cover story, Azalea said that cultural appropriation was subjective.

“You could ask one person of the same race, ‘Does this affect you?’ and they will say yes,” she said. “But another person will say no. They could be from the same place, same everything, but have different perspectives about it.”

She also goes on to say that she used to be really defensive about the accusations plaguing her career, but then stated she had a change of heart.

“... I wanted to talk so much about my experience of things I didn’t have,” she said. “I think it felt like I wasn’t acknowledging that there is white privilege and there is institutionalized racism. It seemed to a lot of people like I was living in this bubble or unaware of all these things that people have to experience.”

“The charitable interpretation is that Iggy understands that the criticism stems from America’s relationship with race and that that history is fucked up,” Ortiz wrote. “And hey, if that’s how you feel or what you believe, she’s not taking away the fact that it’s real for you. The less charitable one is that she doesn’t care. Either way, she’s going to stop rage-tweeting about it.”

Like other artists accused of cultural appropriation, Azalea was forced to respond because the public will never let her forget.

And I somewhat respect that she addressed the controversy in some capacity.

But on Twitter, I see as many people praising Iggy as people dragging her. And at this point, some people are not going to completely stop listening to her (I am a quiet fan of Azalea myself). But at least this issue has been discussed out in the open because Twitter creates that space for both.

Social media has a dual function for celebrities. It is where they have access to their platform and their fans. It also acts as a microscope for fans to call out mistakes.

Cultural appropriation is all about corporate America cashing in on the fruits of other cultures without properly crediting or respecting those cultures.

But cultures are not costumes for anyone to try on.

‍
Celebrities are being held accountable and feel the need to address their mistakes as a result.

Calling out a star for cultural appropriation has never led to someone being cancelled forever. It is more of an opportunity for us as a society to point out behavior that we see as problematic and calling attention to it so hopefully the artist will address it.

Whether or not they take that opportunity is up to them.