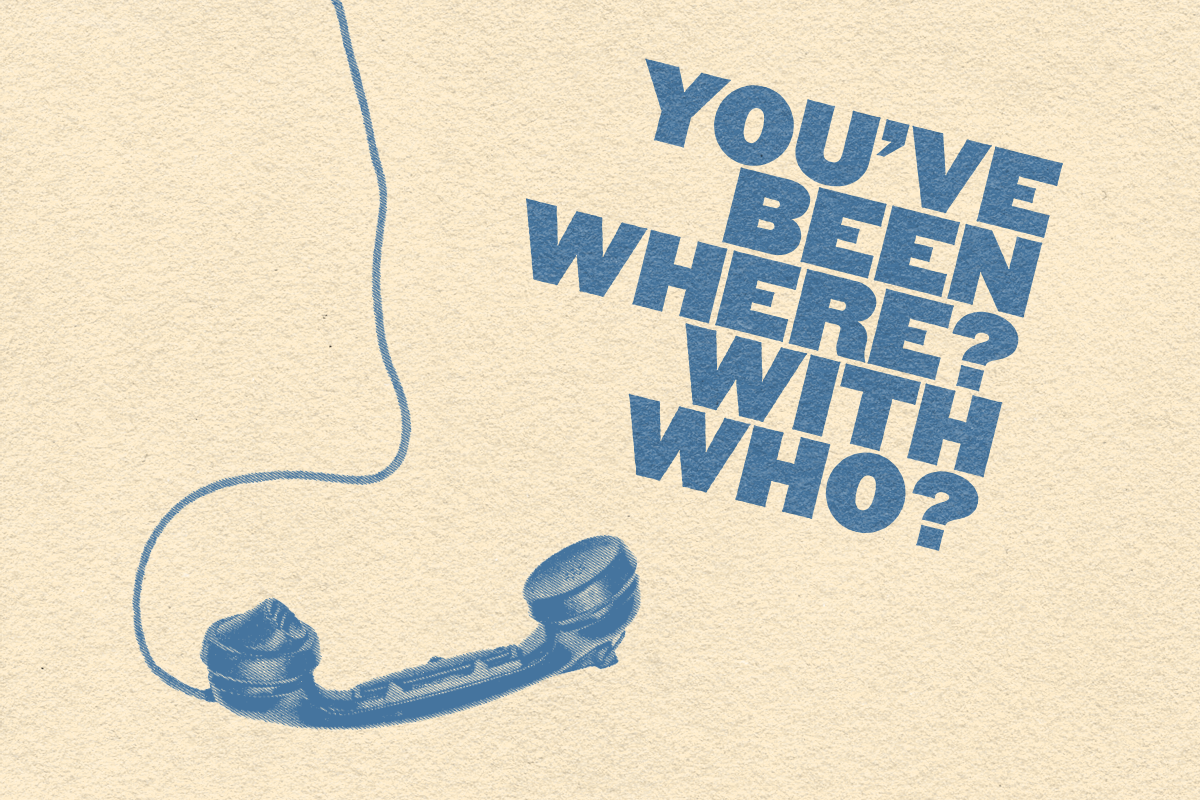 When senior Lauren Davis applied to be a contact tracer, she was told she would only interview Butler County residents — not her fellow peers at Miami University.

However, within a few hours on her first day of work, plans changed. Her supervisors announced that there were too many student cases, so the student contact tracers were enlisted to help with the university’s case load.

Davis, a biology pre-med student, applied to be a contract tracer for Miami because it was a good opportunity to continue building her resume before applying for medical school.

In the meantime, her desk is not only her student hub, but her place of work. She works in three hour shifts, three to four times a week. She refers to a spreadsheet with positive cases from the past 24 hours.

Contact tracers are instructed to first call a person who has tested positive, and then reach out to that person’s “close contacts.” A close contact is defined by the Centers for Disease Control and Prevention (CDC) as “someone who has been within six feet for 10-30 minutes depending on the exposure.”

“For people who tested positive, we ask about their symptoms and try to figure out who they’ve been in contact with and contact those people as well,” Davis said. “We are contacting these people to let them know they need to quarantine so we can stop the spread of this virus.”

The information is logged into a HIPAA-protected, secure Google survey. The polled data is collected and sent to the Butler County Department of Health.

For close contacts, there are two categories: exposed or symptomatic. If exposed to the virus, the tracers recommend a 14-day quarantine to allow time for any symptoms to appear. Symptomatic cases require a 10-day quarantine.

“If they are experiencing symptoms,” Davis said, “we will treat that as if they tested positive.”

Interviewing students and people from the county gives Davis a variety of responses. But contact tracers don’t trace their friends. If she recognizes a name, Davis must report it to be reassigned to someone else.

In general, Davis said she has noticed cooperation from who she calls.

“For the most part, everybody is really willing to participate in our contact interviews and contribute what they can,” Davis said.

“A lot of people are not super keen on the fact that they might have to quarantine for 14 days,” Davis said.

One individual she contacted was angered by the questions and the virus itself. They claimed the virus was a made-up political scam and they would not be quarantining.

Because of HIPAA protections, the contact tracers do not report any of the information from the interviews. In these situations, no legal action can be taken.

“We can’t force anybody to quarantine,” Davis said. “I can give my recommendations.”

Contact tracers try to emphasize that this interview is not a punishment, but a safety precaution.

“You’re definitely not in trouble,” Davis said. “We’re not trying to freak you out or scare you. We’re just trying to help be cautious and keep the people around you safe from this virus as well as the community.”

In September, the small staff of contact tracers were overwhelmed with calls to make. Over the course of the semester, with cases dropping and the staff expanding to approximately 100 tracers, the calls have decreased for Davis.

“Back in September, I was calling people for my entire shift non-stop,” Davis said.

“Now, it is slowing down a little bit, and we do have more contact tracers. We have a lot more time to answer phones and help each other out.”

No matter how many people they have to call, the contact tracers have one common goal.
‍

“Stop the spread as much as possible,” Davis said. “That’s really the whole point of what we’re doing.”

In March, Davis knew to be cautious. But she didn’t understand the severity of the virus and its spread until she returned to campus and talked to people with positive cases.

“After going through the contact tracing process,” Davis said, “I’ve seen people just having a headache for a couple days to being in the hospital, unable to breathe on their own.”

During one shift, she dialed a number from her spreadsheet, as usual. When the woman picked up the phone, Davis introduced herself and began asking questions. But Davis had called her right as the women had come home from the hospital.

“She was so out of breath and could not talk to me,” Davis said.

Davis gave her a call-back number and let the older woman settle in before their interview.

“That really put it into perspective for me that this is a really serious virus,” Davis said. “It’s impacting people so differently than anything we’ve seen before and it really should be taken seriously.”

Despite students' casual attitude about the virus, it still has lasting impacts on others in the community.

“It might not affect us as young people as severely as others, but it really can have a detrimental impact on the health of older people or immunocompromised,” Davis said.

Her new perspective on the virus has caused a ripple effect in her personal life.

“It has definitely decreased my time out in public,” Davis said. “Going through this project, when somebody is exposed and we ask them where they’ve been the past couple days, there are a few places that come up pretty frequently, so I have been avoiding those places.”

Brick Street and Fiesta Charra are two major “hotspots” that Davis said have appeared frequently in her interviews.

Luckily, no one in Davis’s house off-campus has had contact with COVID-19 and they haven’t had to quarantine. Davis has been tested once as of late August, and one of her roommates has been randomly selected three times as of late October.

“In terms of my housemates and I, we are very cautious of who we are all around,” Davis said. “For the most part, we try to stay with the same few people.”

A few months into contact tracing, Davis had to complete extra training for the Ohio COVID Database. She got promoted to a new project that follows up on symptoms of close contact cases.

Davis said close contacts have the option to report and track their symptoms after their interview. This helps the health department see if those close contacts will become a confirmed positive case.

“I go through the contacts that are experiencing symptoms and make a judgement call if they are a probable case,” Davis said.

She reaches out to these individuals as a follow-up to make sure they have the proper resources. Though she’s seen the cases at Miami go down, there might be a new wave of cases after the break.

Connecting to a Movement