My Body, My Story

Nothing to See Here 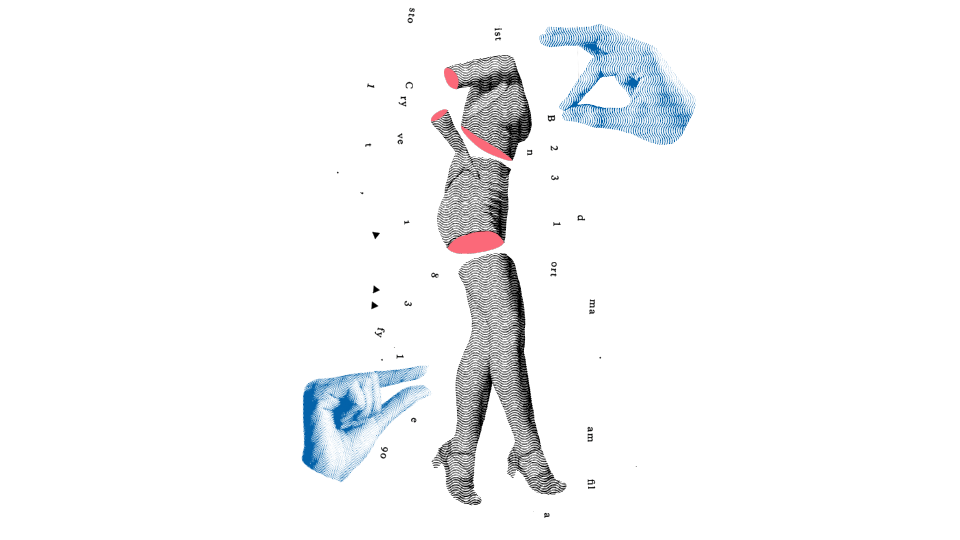 Here’s the thing: I have never liked the way I looked. I still don’t.

I used to cry as a child when people would tell me that I looked cute or pretty in my dress or Halloween costume. I cried when I was 15 and a teacher called on me in class when my hand wasn’t raised. I cried because someone’s awareness of me meant that they were looking at me, and I did not want anyone to notice my ugliness.

The idea of my physical appearance always being intrinsically tied to someone else’s perception of me was something I couldn’t live with.

Until I was 20, I used to think I was the fattest thing in the world. I felt like I could sink ships if I stepped on them or would break a staircase if I tried to climb it. I hated feeling the ground shake under my steps. I hated hearing the wood creak under my weight.

And, realistically, I knew I wasn’t that fat. I knew what my weight was as a numeral. I just couldn’t remove the walrus-like image of myself that I saw. Even if I was physically smaller or skinnier than someone else, I still felt like I was larger than them–that my weight reflected an unremovable ugliness as opposed to a stranger’s beauty.

Is it bad to want beauty? To be beautiful, whatever that word means to you? No.

I cleaned out my room last summer and found a scrapbook I had attempted to curate from when I was in the third grade to the sixth grade. It was practically full, a bunch of four by sixes slipped into plastic pockets with stickers artfully placed on top. There weren’t a lot of photos of me in the house as I had collected all the spare copies and hid them in this scrapbook for fear of my mom putting them in picture frames.

There were some of me when I was very young. Birthday parties and Christmases, a younger me smiling with friends I haven’t spoken to in years.

Then I found one of myself when I had to be around 11 years old. I was playing with an old horse, having him follow me around an empty arena. I was wearing jeans and some sort of Harajuku pop T-shirt.

I started crying when I saw that photograph. I could remember how deeply uncomfortable I had been with my appearance. Every time I sat down and my thighs spread out, every time I saw my stomach in the mirror, every time I tried to open my eyes as wide as possible to make them seem bigger. It all came back, and I cried because I didn’t look like the overwhelmingly fat mass I had made myself out to be at that age — I just looked like a kid.

I guess I felt bad for my younger self. She spent so much of her life hating herself. She treated her body like it was some sort of monstrosity, instead of using it to go on more hikes, or cuddle with her dog, or give her little cousins a piggyback ride.

Sometimes I just want to tell people to stop insisting that I am pretty or beautiful or sexy or whatever.

The sentiment of those words are supposed to be nice, but all they do is continue to objectify me rather than tell me that I am just as worthy of respect as anyone else.

As an Asian American woman, I’m tired of people trying to engage with my “exoticism” and project their preconceived stereotypes on to me.

I don’t even want to be pretty or beautiful or sexy anymore. Why can’t you just let me be ugly?

My body is my story. Even if it is fat and short and has stretch marks and scars. All my histories live inside my skin.

Despite everything, it is me.