How Schools Lacking Diversity Make it My problem 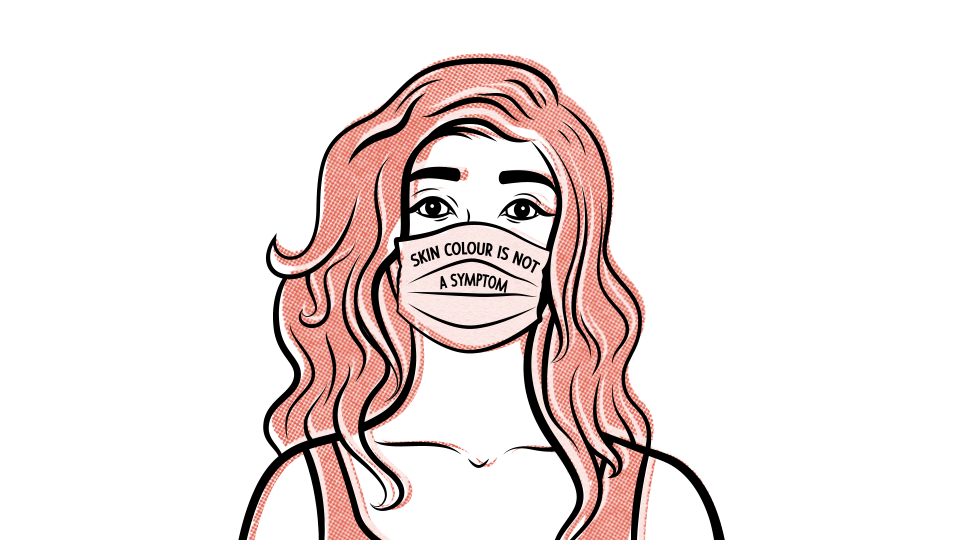 In midwestern Ohio, particularly in my 12 years of private, Catholic schooling, I have found the student “diversity” lacking, to say the least. Diversity, of course, being the polite way these schools mean to say “not white.”

As the only Asian person in my class, reminders of how out-of-place I was surfaced in elementary school when kids would ask to try my lunch like it was some terrible dare. I frowned at the tone of their voices when they defined kim as “dried seaweed” and suddenly reduced one of my favorite snacks into something foreign.

They scrunched their faces at the rough texture, the salt that stuck to their fingers, and how easily it would crumble in their hands and stick to parts of their mouths.

High school was no exception. My first year, the diversity director — the only Black woman on the school faculty — told me that I was one of 26 students of color in a class of 300.

My white peers tended to ignore me, thinking themselves protected by a language they thought I didn’t speak.

It was actually the only one I knew.

Teachers and staff smiled at me too brightly, talking in slow, overly friendly sentences. Or they avoided approaching me almost as much as other students did. Too many times I was asked where I was from and where was I born, when we both knew the actual question being asked was, “what kind of Asian are you?”

Through all these experiences, one stands out clear in my mind. A moment during my junior year that I won’t soon forget, all because I needed to use the printer for an assignment.

When I reached the library, two lines of students already trailed from the printers. I took maybe the sixth place, glancing at the tall bookshelves and computer tables and the iPad in my hands. I was patiently waiting for my turn when two guys started trying to get my attention.

I spared them a fleeting glance. One with blond hair, the other with brown, both equally obnoxious looking. They sat hunched on the other side of a short bookcase. Noisy, abrasive sounds escaped from the tiny speakers of the iPad the brown-haired one was holding, the volume low enough to go unnoticed in the relatively quiet library.

“Hey, do you like this music?” the brown-haired one, who I later learned was named Joe, asked me, a condescending smirk on his face.

I quickly looked away, fingers gripping tighter to the worn cover of my iPad. I couldn’t tell what the music was (rap, maybe?), or why no one else noticed what he was doing or why he was singling me out. Maybe because I had glanced at him. Maybe just because I was there.

Or maybe because, sometimes when people look at me, they only see some lost, timid creature they can mock.

“Hey, come on, I’m talking to you. You’re just gonna ignore me?”

The blond one, Zach, who was in one of my classes, kept shaking his head and grinning. He laughed under his breath, saying things like “dude, stop, oh my God” and “what are you doing?”

My cheeks turned hot as I stared ahead, the rapid thump-thump-thump in my chest racing faster with each second. Saying something like “stop” or “leave me alone” would mean nothing to them. And what would I tell some adult? That these guys were talking to me and playing music in the library?

But frustration pooled in me at the thought of doing nothing, of letting this boy’s taunts dig under my skin. He sat back, thinking himself untouchable because like so many others at this school had, he didn’t stop to think that English might be my native language.

So, despite the weakness of my knees and the anxious energy thrumming beneath my skin, I raised my middle finger and turned my head slightly to mouth, “Fuck. Off.”

I lowered it quickly, praying no teacher or librarian saw, and went back to staring ahead.

Zach erupted in more laughter, suppressing it to hoarse wheezes.

I couldn’t help but sneak another look at him. His face was not too surprised or angry, but not smiling either.

“Wow, that was so rude. That was so fucking rude. You know I could report you for that, right? Like, you could get in serious trouble for that.”

I shuffled forward in line, the word “trouble” sparking my nerves and making my mouth go dry. I gritted my teeth. My jaw was clenched so tight I imagined them shattering into jagged pieces.

Joe was muttering more things I couldn’t quite grasp, and Zach was still laughing, until he said:

“Why don’t you just go back to your country?”

I froze. Shock. Disgust. Rage. All bashing into me with more force than I could stand. Part of me was already envisioning myself screaming at him, another part was wondering if I had even heard him correctly.

My head whipped around sharply.

Excuse me? What did you just say to me? Repeat that again. Look me in the eye and say that again. Repeat what you just fucking said to me.

But I said nothing, even with the words burning a hole in my tongue.

The library was quiet. The printer whirred its low, mechanic purr. Papers shuffled, the click-clacking of students typing away. There were only one or two more people left ahead of me, waiting dutifully for the printer to spit out their assignments.

My expression must have been amusing because Joe leaned forward, an unsettling, delighted look in his eye.

My rage had fizzled out. There were too many people, and it was too quiet, and I just remembered how long both of their legs were. How much Zach towered over me.

Joe turned to Zach, lowering his head. “What’s her name?”

Zach leaned over, whispering it in his ear.

“Hey, Annah. I just wanna ask you a question.”

It was finally my turn. My fingers trembled as I pressed the buttons on my screen. “Annah. Hey, Annah. Come on, just one question.”

The paper rose painfully slowly as ink buzzed onto the paper.

I snatched the final page, the material still warm, and left the library without looking back.

Not long after, I started an email addressed to the school Diversity Director. I paused, hovering over the send button. Would I get in trouble for flipping him off? What if I had heard him wrong?

At Miami, my experiences have been different — at least so far. I’ve had the opportunity to bond with those I can connect with. Those who know the same kind of fear, anger and pain because of who they love, how they express themselves and exist in a way that is authentic and real.

People who understand the overlapping systems of oppression and bigotry and are willing to fight for change.

Sometimes the influence of privilege seeps into the actions and words of the most sincere allies in a society structured around the majority. I found myself walking with white friends who made jokes about how our other friends wanting to hike in the woods at night were doing “white people shit,” or the blandness of “white people’s” taste in food, with me being the only person of color present.

The jokes about how “white people have no taste” hold a different weight for me when all my life people have made faces or turned up their nose at the food I eat.

The jokes about others doing “white people shit,” like the kinds of clueless, reckless things white characters do in horror movies, feel wrong coming from a white person who will never fully understand the careful vigilance Black, indigenous, and other people of color have toward unsafe decisions resulting from the threat to their safety they face on a daily basis.

Eventually, I approached this issue with my friends. Hands shaking and heart pounding, my fingers rapidly moved across my phone’s keyboard as I wrote a lengthy block of a text message to our group chat.

My breathing slowed as I was met with sincere apologies and affirmation of my feelings as both valid and respected. I’m fortunate enough to be close with those who can take accountability and make an earnest effort to unwork the perspectives that almost everyone — including myself — has that are inextricably distorted by a system built around the majority marginalizing the disadvantaged.

But I know others aren’t so understanding.

I can’t forget the @dearmiamiu Instagram account that was created the summer before my enrollment. The nights I spent combing through each post. Disgust, anger and sadness had roiled through me and kept my eyes glued to the screen.

I can’t forget the stories I’ve heard of anonymous students flooding Zoom meetings with racial slurs and hate speech, or the stickers preaching white supremacy scattered across our campus.

I’ve witnessed countless people become more committed to action and education, especially this year, but there is no set bar for progress.

The reality is there’s no point where we can pretend race, gender, sexuality, class, etc. no longer matter when we have a deeply ingrained history of oppression that tells us otherwise.

What we can do is stay educated and mindful. We can keep moving forward, even when it feels like we’re isolated and excluded, or if we make a mistake despite our best intentions not to.

It’s a challenging road to navigate, Miami. And our culture, and much of society itself, still has a long way to go.