One Pit Bull's Search for a Forever Home 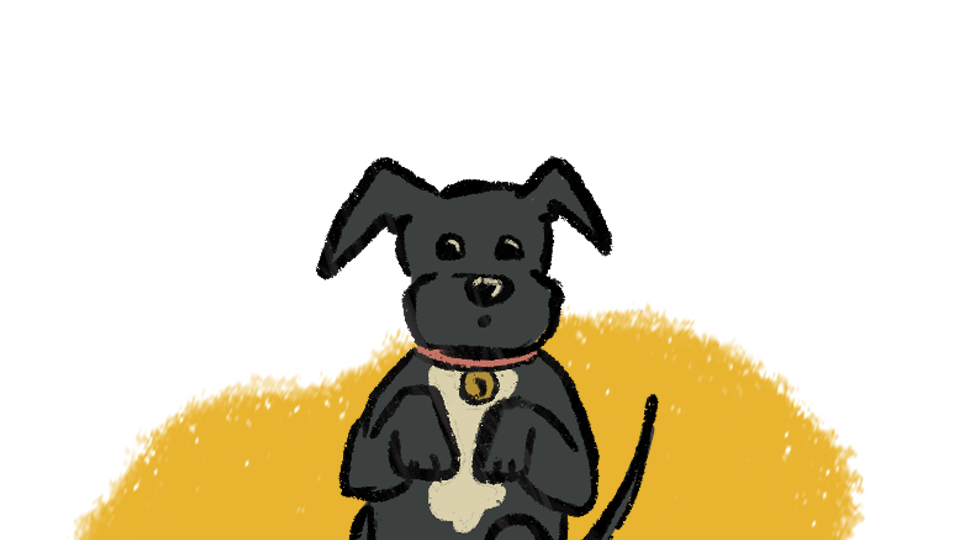 Dana first came home with Lillian Fesperman on May 12, 2020.

A pit bull mix, Dana then weighed only 36 pounds, her ribs exposed through tight skin. When Animal Friends Humane Society first got the call about a neglected dog in Middletown, Dana ran from the cops. Neighbors called to update them on Dana’s location, and eventually the police lured her in.

Based in Hamilton, Ohio, Animal Friends is the largest nonprofit animal shelter in Butler County, with room to house nearly 300 dogs and cats. The shelter relies on volunteers to care for the pets and take them to adoption events. For animals that require more intensive care, volunteer fosters bring them home for weeks or months until they are ready to be adopted.

Fesperman had never fostered a dog before. An avid animal lover from her youth, she’s taken in cats from Animal Friends for years as a foster mom, sometimes adopting them herself in the process.

“When you foster animals, and you end up adopting them, they’re called a foster fail,” Fesperman said. “But I usually call it a foster success.”

With Dana, though, things changed.

Fesperman was at home one night in early May when she got a text: three pictures of an emaciated dog.

In Dana’s case, Fesperman was in a position to help.

When Fesperman brought Dana home, her household grew from seven pets to eight. Two cats live in the basement, one of them a foster fail. One lives upstairs, mostly in the laundry room. Two more stay outside, feral cats who chose Fesperman as their caretaker. Lucy, a 13-year-old golden lab mix, has free range. So does Cheyenne, a blind 13-year-old dog with one ear up and one ear down. All of them were adopted.

Dana hadn’t lived with other animals before, so she spent her first days with Fesperman alone on the kitchen floor. She was too weak to walk. Fesperman carried her down three stairs and through the garage every four hours and set her in the grass outside to do her business.

Eventually, Dana started moving on her own. Malnutrition had caused her to develop cataracts in both eyes, so she struggled with the stairs at first. One of the first commands Fesperman taught Dana was “step-step,” a cue so she knew when to step down rather than walk across a flat surface.

While she isn’t an aggressive dog, it became clear early on that she wouldn’t do well with constant access to Fesperman’s other pets. Dana has been kept in the kitchen ever since.

“She’s kind of territorial,” Fesperman said. “If she lays on a bed, it’s her bed. She doesn’t have a lot of patience with an animal being close to her unless she’s happy laying in the sun like … with Lucy.”

Since coming to live with Fesperman, Dana has grown to a healthy 63 pounds. She can see out of her left eye now and chases tennis balls in the yard, but she tends to use her nose when she gets close to the ball.

Her health issues haven’t disappeared though. Dana struggles with diabetes and requires two insulin shots a day. While she handles them well, they keep her from staying in the Animal Friends’ shelter and she is therefore less visible to potential adopting families.

Each day, Fesperman sits down with Dana and a syringe. While Dana is preoccupied with her food, Fesperman administers the shot in the back of her neck. Dana doesn’t flinch.

“You give it to her while she’s eating, right in the back of her neck,” Fesperman said. “It’s almost like she has no idea, and when I take her in and they have to draw blood, they stick the needle in her little leg and she doesn’t even budge. She’s just a really good dog, and she’s smart enough to know that everybody’s trying to help her.”

Nearly a year after taking Dana in, Fesperman can’t adopt her as a foster failure. Once Dana’s energy returned, she went after one of the cats. Everyone made it out unharmed, but Fesperman had to segregate her house to keep Dana separate from the cats, an arrangement that would be nearly impossible to maintain permanently. Dana is only five and a half, and has many years to go.

Still, the pair have grown close. Every day, they walk through the woods on Fesperman’s property two miles outside of Oxford. If Dana has her orange ball with her, she stays on the trails and walks straight ahead. If not, she stops to sniff around. When Fesperman sees a bunny or a squirrel, she blocks Dana’s view to stop her from running off.

“When I would return my foster cats, I’d only have them for maybe six weeks, eight weeks,” Fesperman said. “When I return those cats to the shelter, I never let anyone go with me because I cry all the way home. When Dana goes, I have to be totally convinced that it’s a very loving home, and they really want her.

It’s gonna be hard because I’m really attached to her, but I know I can’t adopt her.”

Dana has been close to adoption in the past. Once, a trucker interested in adopting her called Fesperman.

“I did get to talk to him on the phone to kind of feel out what kind of life [Dana] would have,” Fesperman said. “But it wouldn’t work for either one of them.”

Rather than planning to take Dana with him on his drive, the man said he would leave her home for 12 hours or more at a time, too long a time because of her insulin shots.

Fesperman ended the conversation by telling the trucker it wasn’t meant to be.

When Cincinnati held its annual My Furry Valentine event this past February, over 400 dogs were adopted. Despite Fesperman’s best efforts, Dana remained without a home after the event. Animal Friends took a few phone calls about her, but everyone backed out. Some had cats. Some preferred a dog who wasn’t hard of vision. Some couldn’t stomach the insulin shots.

Whatever the reason, the result was the same: Dana would stay with Fesperman for a while longer.

“She is a love bug, and she knows 20 plus commands,” Fesperman said. “She’s really smart, she has a whole lot of love to give. If she would be an only dog it would be perfect … but people aren’t here to see that.”

In early March, Fesperman and Dana climbed into their Honda CR-V. Dana sits in the trunk for car rides, head popping over the seat, watching the road in front of her. When Fesperman makes trips to the grocery store or the bank, Dana always rides along. This time, though, the pair was headed somewhere special.

Earlier in the week, a young couple visited Animal Friends and saw Dana’s picture on the shelter’s pit bull wall. After a quick conversation with the coordinators there, they gave Fesperman a call.

Then, Dana was on her way to meet the potential adopters in Animal Friends’ “real room,” a living room setup meant to provide a somewhat normal meeting place for animals and their future families.

The couple brought their first dog, a pit bull-husky-golden retriever mix, with them to meet Dana. Both dogs stayed on leashes for the encounter in case anything took a wrong turn.

The fear was unfounded.

“They got along pretty good,” Fesperman said. “[Their dog] shared his toys. Dana liked him, and he liked her. Dana would end up being the alpha dog, and [he’s] fine with that.”

Less than a week later, they met again, this time to walk the trails behind the shelter. The pair walked side by side.

With both dogs happy and the couple sufficiently in love with Dana, things progressed.

After 300 days, the closest to adoption Dana had come was a phone call. On Saturday, March 13, she visited a potential forever home for the first time.

In Fesperman’s mind, the ideal environment for Dana would be with a pair of retired empty nesters without cats, people who would be home for enough of the day to administer her insulin shots. Though stronger than she was a year ago, Dana easily tires after half an hour of walking or 20 minutes of playing fetch. She isn’t a low energy dog, but she is laid-back. Fesperman worried a younger family would be too active to slow down and give Dana the care she needs.

The potential family, a pair of young professionals, didn’t fit the bill, but Fesperman thought they might be perfect anyway.

“One good thing about this whole process is there must be a reason why we kept her so long even though she was physically and mentally ready to go earlier,” Fesperman said. “That’s because the right family has finally come around and asked about her and really wants it to work and are willing to do whatever they have to do to make sure Dana’s gonna have a good home.”

Unfortunately, it wasn’t meant to be. On the day Dana was supposed to go home with the family for two weeks before formally being adopted, the couple backed out.

Dana is still with Fesperman. They still go on daily walks through the woods. The house is still segregated to keep Dana from hurting the cats. Nearly a year into the process, Dana’s best chance at adoption to date has come and gone.

“The biggest thing about having her turn out to be [with us] for so long is the right family I think has finally come up and found her,” Fesperman had said before the couple chose not to go through with the adoption. “It doesn’t mean we’re not gonna miss the little rascal, but we’ve done our job.”

Now, Fesperman is working with Animal Friends to give Dana more online exposure, this time saying she would fit well in a family with no pets or young children.

“She’s met children,” Fesperman said. “She’s fine with children. She met the next door neighbor girls. But I think instead of trying to guard against anything happening in a house or yard between her and another animal, it’s just gonna be easier to say, ‘Look, just don’t have any other animals. Let her be your only dog.’”

The longer Dana waits for her forever home, the harder it is on both her and Fesperman. But Fesperman hasn’t lost hope.

“I still have to believe that [the right family will come along],” Fesperman said.

“I think the right person will come around … [Dana] deserves a forever home.”