How Myaamia Reconnect With The Tribe 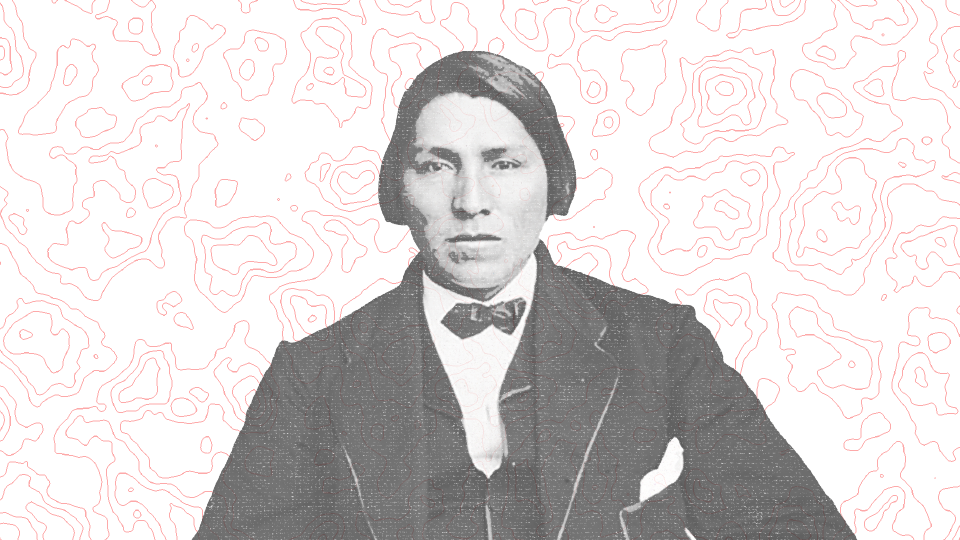 In 1846, Myaamia people boarded canal boats in Peru, Indiana leaving five families behind. As they traveled the canal system, they passed by Oxford, Ohio where fall classes were ongoing at Miami University.

Almost 15 years later, the Myaamia people were faced with a choice: stay in Kansas, but relinquish their Tribal identity and assimilate, or be removed from their homes yet again to live in Indian Territory (currently Oklahoma).

In 1972, Chief Forest Olds visited Miami, starting a relationship with the university.

After the relationship had formed, the first three Myaamia students attended Miami in 1991. One of them dropped out, homesick, and returned home. Her son now attends Miami.

Over 90 tribe members have attended the university since then, and in 2001, the Myaamia Center was born.

Though Oklahoma is the Miami Tribe’s present-day government headquarters, every place where Myaamia people have relocated becomes known as the "Myaamionki," meaning the “Place of the Myaamia.” Today, Myaamia people are spread out across all 50 states.

As of this spring, there are 30 Myaamia students at Miami. Their connection to their identity links tighter and tighter as they gain more exposure to the Tribe.

Growing up, Kara Strass learned about her identity from her grandmother, an elder in the Myaamia community, but there was only so much for her to share. When the Tribal community was uprooted, their families were told to assimilate, making it hard to pass down their culture.

“Her parents’ and her grandparents' generations were told they needed to assimilate, and that it would be better for their children if they assimilated to American culture,” Strass said.

Her grandmother passed down the knowledge she had, but could not account for the years where language and other cultural practices were lost.

“She grew up as a part of a generation that was not able to learn much about Myaamia,” Strass said. “I did not learn [the] Myaamia language growing up. We did not play games or sing Myaamia songs. That’s not because she didn’t want to, it’s because she didn’t know it.”

Though her grandmother was not, many Myaamia children of the generations before her were sent to boarding schools, from Carlisle Indian School in Carlisle, Pennsylvania, to Sherman Indian Institute in Riverside, California.They placed the Myaamia children in different schools to prevent them from gathering.

The children were given Westernized military clothing, a shorter haircut, and told to no longer speak their Native language or practice cultural traditions. They ripped Myaamia culture from a whole generation of children.

Senior anthropology major, Emma Fanning from Omaha, Nebraska experienced this loss of culture through her dad’s family lineage. It was easier to assimilate than to hold onto their culture. Fanning’s family found a way to survive at the expense of their cultural history.

After assimilating, many Native people started moving to find work and the diaspora continued to grow.

Loss of culture can affect how Myaamia people learn about and develop their identities.

“My Myaamia identity has definitely changed over time,” Strass said. “I grew up knowing this was a part of who I was and having a strong connection, but at the same time, not having a lot of the cultural pieces to hold on to.”

Even without these cultural pieces, Strass saw her identity continue to grow as she met other Native people in college at the University of Notre Dame. She learned how her identity was shaped through her culture and not how she looked to other people.

“For Native American people, our identity is not racial but instead is political, ethnic and cultural,” Strass said. “That is something that is difficult for most people in the United States to understand. It’s hard to understand that you can have an identity as Native American completely separate from race.”

George Ironstrack, the assistant director of the Myaamia Center, is focused on creating and implementing educational practices for Myaamia students. Ironstrack sees a disconnect between the reality of being Myaamia and societal expectations.

“They have assumptions about how Native people should look,” Ironstrack said. “To an average U.S. citizen, being Native is not a legal, governmental identity, which it is, but a racial one.”

The stereotypes Americans have of Native people are based on the cultural depictions they’ve been given from logos, mascots, and movie characters. They envision a Plains Indian with dark skin, braids, feathers, and headdresses, a depiction that is completely unrelated to what it actually means to be Native American.

“We have this experience that bumps up against what most Americans perceive a Native American to be,” Strass said. “We don’t meet those stereotypes, and are sometimes dismissed by people as not being authentic or ‘Indian enough’ in their view.”

These understandings are even more common for those who grew up in Ohio, Strass said, because there are no federally recognized tribes headquartered here. Ohio K-12 history lessons don’t give enough information to children. This creates a skewed mindset and a stereotypical depiction of a Native American person.

Ironstrack said it is common for Myaamia people to be discounted as young people because they don’t meet physical expectations of what Native people “should look like.”

To be a part of the Miami Tribe of Oklahoma, you must prove descendancy from a Myaamia person. Blood markers don’t equate to membership, but ancestry does. How a Myaamia person presents racially has no impact on Myaamia identity.

Proving descendancy means looking at your family lineage and linking it back to members of the Tribe. When Myaamia students first take a class through the Myaamia Center, they trace Myaamia’s history to see how they are all interconnected. During removals, all members are recorded during the treaty process, making lineages well documented.

Though members of the Tribe present a certain way physically, they still endure the struggle of being questioned about their identity.

“You have the responsibility of finding out who you are,” Fanning said. “When you’re part of white-presenting America, you’re not required to have a say in politics, but for minorities, you don’t have that privilege.”

Each member of the Myaamia community has a different experience with the world around them due to their appearance. Although some Myaamians are white presenting, many are not.

“We have to recognize that some members of our community suffer from racism in ways that we don’t because we present as white to the larger society,” Ironstrack said.

Despite physical presentations of Myaamia people, they are always rooted in something deeper.

“I don’t have to defend myself,” Fanning said.

Being Myaamia is more than how you look on the outside. As society struggles to grasp a cultural identity, Myaamia people immerse themselves in their community. When Fanning first went to Winter Gathering, a Tribal event with food and dances at the Tribal headquarters in Oklahoma, she finally felt widespread acceptance.

“The first time I met the Myaamia community, I was in tears telling a government member, ‘I didn’t think that you would accept me,’” Fanning said.

“I learned that I am Miami, and I didn’t have to define myself as anything else.”

Being Myaamia is a core identity for Ironstrack. He said he is always considering his Myaamia identity because he represents it in everyday life.

“In my language, I introduce myself as a Myaamia person, as a Myaamia human being,” Ironstrack said. “It’s who I am. It’s very much a Myaamia-specific identity that’s driven and shaped by my family.”

With the support of a widespread community, that identity becomes easier to hold true.

“Knowing my community supports me,” Ironstrack said, “that’s what matters.”

My Body, My Story