Connecting to a Movement

Social media activism on the rise 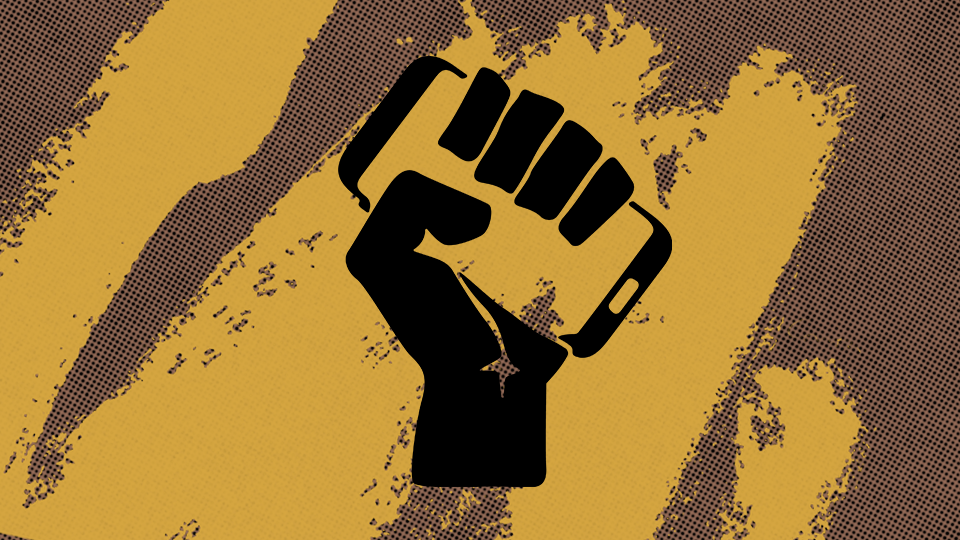 Scrolling through her Instagram feed, Jannie Kamara finds a post about how allies can be anti-racist. She swipes through the multi-slide post reading about how allies can remove words from their vocabulary, research issues that face people of color and provide resources to their own followers.

With just three taps, Kamara reposts the information to her own Instagram account where her 2,678 followers can see it.

“For me, I hope people get out of it educational information and mostly [get] an understanding of the daily ins and outs of the lives of people of color,” Kamara said.

Kamara reposts activist infographics or links to more information at least a few times a day. Her content ranges from the Black Lives Matter (BLM) movement, the 2020 Presidential election and other issues she thinks her followers can learn about.

Katie Day Good, Miami assistant professor of strategic communication, explained activists’ goals for social media use can be different for each movement.

“That advocacy can take the form of raising public awareness of an issue that has previously not gotten a lot of representation in mainstream media,” Good said, “or that advocacy can be proposing solutions to particular problems or promoting particular candidates or particular political platforms.”

For Kamara, a senior and the president of the Associated Student Government at Miami, she started doing this in high school. She constantly scrolled through Twitter retweeting certain messages and commenting on political posts.

But that changed as she encountered a darker side of Twitter. She remembers being confronted harshly about her opinions.

“The Twitter realm is a much more different realm when it comes to hate comments,” Kamara said.

Good said women of color and people of color have been historically subjected to more online bullying than any other group of people.

“On the one hand, you can raise your voice online, people can step forward and share stories in ways that they might not have been able to before,” Good said. “But it can also come with certain risks of being trolled or being harassed online.”

Kamara switched to Instagram during freshman year of high school. She posts on her Instagram Story, a feature that only keeps the post visible to the public for 24 hours before it expires and disappears from a user's feed.

Unlike Kamara, many students are experiencing social media activism for the first time. Sophomore Sidra Capriolo said she’s always been fairly active on her Instagram and other social media accounts, but really began her advocacy in the spring and summer.

Capriolo said she was moved to post more after seeing the resurgence of the BLM movement following George Floyd’s death. She says she’s had friends reach out to her thanking her for posting about certain issues.

It’s also given her the confidence to speak up when she’s face to face with conversations on the same issues she reposts.

Before this year, she said she might have let family members get away unabashed with semi-racist comments. However, during a Zoom call with her family, one of her family members said something disrespectful about the BLM movement, something Capriolo posts about frequently.

This time, she called out her family member for his comment in front of the rest of her family.

“Seeing so many other people speak up for it, I think empowered me to do the same toward my family members,” Capriolo said.

But activism on social media is changing.

More and more people are becoming more active on social media sites like Instagram and Facebook. According to The New York Times, nearly every social media website saw an increase in traffic after the onset of the coronavirus pandemic.

Capriolo said she has personally seen more people use social media and talk about social issues. She thinks it might have to do with the pandemic, the controversial 2020 election or a mix of both.

“COVID has made it so that a lot of people this summer who were usually going to be going out and doing things have to be stuck inside on their phones or on their laptops,” Capriolo said. “So I think there's been a lot of different [historic] events that have led to this increase of infographics and posting on social media.”

With more people on the platform, Kamara and Capriolo said they’ve both seen more people posting about social issues on their accounts. One event that drew out more supporters than almost any other issue was Black Out Tuesday.

Black Out Tuesday took place on June 2 and started in the music industry as a way of highlighting some of the injustices that Black artists face in that field.

However, with so many big artists posting black squares with the hashtag #BlackOutTuesday, it soon spiraled into an event anyone and everyone participated in.

Capriolo remembers black squares everywhere on her timeline, most using the hashtag #BLM or #BlackLivesMatter.

Normally, hashtags can be used to help people find information about a movement or look up certain posts. Good said hashtags can help facilitate discussions about an issue.

“[Hashtags] can force journalists to pay attention and it can lead to more coverage, appearing in mainstream news outlets about these historically underrepresented communities and issues,” Good said.

But part of the issue with Black Out Tuesday was with so many people on the platform using the #BlackLivesMatter hashtag, empty black squares with no caption buried information about petitions, resources and events.

“This is no shade to anyone who did it. I didn't find it to be very helpful,” Capriolo said. “I appreciate that some people did it out of solidarity, but I noticed a lot of the people who were posting black squares weren't doing anything else to either educate themselves or post other information.”

Criticism for the event as well as many other subsequent social media protests is that it’s become performative. Kamara said she’s also seen people who have posted pictures of themselves at a protest. The post centered around them instead of the movement.

“When you're doing activism it's not about you as an individual,”

Kamara said. “It's about the collective."

It's about how we are going to push our message and push our goals to ensure that we are helping the community that needs it.”

Good said she thinks everyone online should value listening just as much as they do speaking out.

“I think it's important to listen to the activists who are from those communities and sort of follow their lead in terms of what's the best way to advocate, and what outcomes are needed,” Good said.

First-year Evan Gates also posts frequently on his social media. But he believes performance is just part of social media.

“It’s all performative,” Gates said. “That’s the nature of social media. One-hundred percent performative. At the same time, we can perform activism in a way that makes real change possible.”

Good said one criticism for activism through social media is that it isn’t effective in creating real change. But for many, posting online might be the first step toward more concrete engagement.

“Somebody who gets involved with a social movement by retweeting or liking or following particular activists can then later find themselves getting engaged on a deep level with other kinds of more embodied action or direct action,” Good said.

Despite some users not having the best intentions with their activism, Kamara said it’s still the best way to educate people about BLM and other issues.

“Even though there are performative actions on there,” Kamara said, “there were still a lot of individuals who are making great strides towards educating different communities about these different issues that people face.”